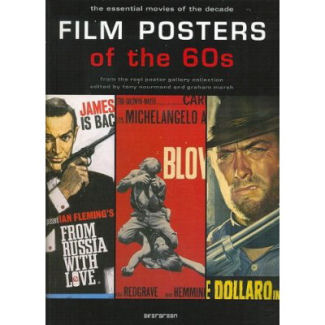 As owner of Reel Poster Gallery in London, Tony Nourmand certainly knows his stuff when it comes to movie posters. He has put that knowledge to good use in the book “Film Posters of the 60s: The Essential Movies of the Decade” .

The posters have been selected according to his principle that “a good poster not only portrays the film for which it was designed, but that ultimately its image perfectly represents the era in which it was born”. The films collected here do tend towards the well-known titles of the period, rather than more obscure fare, but there is still plenty of interest here.

This book is the first in a series by Nourmand, with further books now available covering every decade from the 40s to 90s. The 1960s book is available from Amazon priced £5.99 in paperback.