It looks like something from the past, but the Symbol Audio Modern Record Player lives up to its name, offering a very modern piece of kit within that retro shell.

Of course, the influence looks pretty obvious. The work of audio design pioneer Dieter Rams and specifically, the much sought after Braun SK55, which I have mentioned in the past when I spotted it on eBay. If you want to design a stylish audio system, that’s a great place to look for inspiration.

But the look, with those minimalist dials and built-in front speaker is where the throwback to the 1960s ends. Unless you count the fact that this is a record player.

Yes, a record player, but a premium one with a custom-built class AB amplifier and custom-engineered speakers and crossovers, along with a Rega turntable with an acrylic platter (to cut down unwanted noise) on a three-phase isolation system that has been engineered to prevent any unwanted vibration. Audiophile quality, that’s for sure.

There are line-out options, but this system is also wireless and has a hidden compartment to store wireless components from sight, such as Sonos units for example, as well as cords and cables.

More details on the Symbol site if you need then, especially in terms of the technical specifications. Now the tough bit, the price.

Of course it doesn’t come cheap and I suspect you didn’t expect it too. The Symbol Audio Modern Record Player has just launched and is now available for pre-order, retailing for $3,295. Although to soften the blow, you can pay 50 per cent now to secure one and the rest later. Oh yes, the stand is an extra $500 too, so you might want to budget for that as well.

Of course, Symbol has other products already available including the midcentury-style tabletop hi-fi and some amazing vinyl audio and storage units. 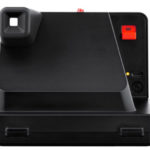 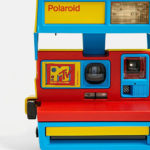