It’s getting nearer and nearer. Yes, the World Cup in Moscow is on the horizon and the merchandising is in full effect. The latest is the Adidas 350 Moskva trainers drop.

Adidas is, as you might expect, all over the World Cup. A good number of the participants are clad in Adidas kit (including a few retro designs I’ve noticed) and as we mentioned a couple of weeks back, there is a range of World Cup Edition trainers too.

But this one is all about the host nation.

You might recall the hugely popular Adidas Gazelle Moskva trainers from 2016. Well, that first City Series tribute to Moscow has now been followed up buy a second. Except the original Gazelle shape has been replaced by the (not quite as) classic 350 shape, which dates back to Japan in the 1980s.

The 350’s colours are inspired by the original colours of the Kremlin palace walls, with the red ‘symbolising the city’s character’. Also present is the Trefoil logo embossed onto the tongue and serrated three stripe branding on the sidewalls. Finishing off the shoe is the ‘Moskva’ gold lettering on the side.

The white version is available now, with a darker version scheduled for later in the month if you want to wait. Same price for both, which is £80. 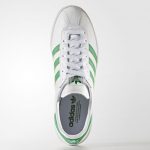 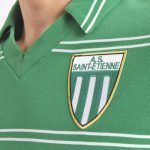 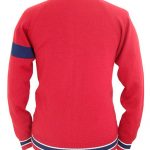