We aren’t living through swinging London or Britpop, but the Smeg Union Jack retro toaster is still an eye-catching design.

It isn’t the first time Smeg has gone down this route. You can also pick up a mini fridge and a large fridge with a similar design, neither of which come cheap. So the arrival of this toaster does make the design a little more accessible.

It’s basically a reworking of the classic 1950s-style toaster, which you have probably seen everywhere. If not, you can check it out here in a variety of plain, glossy finishes. Slightly cheaper too if that’s what you need.

But if the Union Jack design wins you over, this one has just hit the shelves.

The toaster has a stainless steel body, two extra-wide slots, six toasting levels and four functions (defrost, reheat, cancel and a bagel setting). Other features include an illuminated dial when in operation and a touch-release removable stainless steel crumb tray.

If you want one, it has just landed at Selfridges, selling for £179.95. I know, not cheap, but cheaper than those fridges by some distance. 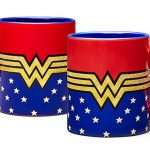 Beyond the Valley Buildings Mug