This will sell out quickly and rise in value not long after. So get on The Specials 40th-anniversary tour print by Shepard Fairey.

I have featured the artwork of Shepard Fairey in the past, but not for quite some time. But in his time, he has featured the likes of Smokey Robinson, The Clash, Nico and Iggy Pop.

The difference between those and this one is that the past works have featured the artists themselves. In this case, Shepard Fairey (aka Obey) has gone down the Two Tone route, using the band’s logo, the chequerboard motif and imagery of that bygone era to celebrate the present, specifically the current tour of the band and its 40th anniversary.

Fancy one? Well, this is the important bit. The print is on white Speckletone paper, sized ar 18 x 24 inches, with each signed by Shepard Fairey. All are numbered as part of a run of 550.

That sounds a lot, but Fairey is a very sought-after artist and as such, these will fly off the shelves in minutes. So if you want one, you need to make sure you are ready to go.

It will be available on Thursday, June 20th 2019, at 10 am PDT, which is around 6 pm in the evening in the UK. Only one is available per household and they do ship worldwide. The price? It cost $75 if you are lucky enough to get one in your ‘bag’.

Of course, if you want some original Two Tone artwork, you can still get that. Original artist David Storey sells it directly and you can find out all about it here. 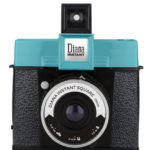