Skip to content
250shares
Note all articles are independently researched and written by myself. However, if you buy via one of the links it may be an affiliate and I may earn a small commission.

Looking for something eco-friendly and stylish for your next drive? Check out these 10 super-cool retro electric cars, which offer both for the modern-day driver.

Yes, retro electric cars, which seem to have become quite a thing of late. It’s likely to become more of a thing too, especially when the mainstream retro cars turn electric too.

Fiat has already promised an electric Fiat 500 for 2020 (although I have something in that line here) and Volkswagen is rumoured to be working on an all-new electric VW Beetle to replace the existing model, which has been phased out sadly. It’s likely that other big carmakers will follow too. Is it too much to hope for an electric Nissan Figaro? Probably.

If you want something vintage and electric rather than just retro, there’s an option there too. Retro-EV is currently offering classic cars with electric engines, all of which are well worth checking out. Not cheap, but they are things of beauty and offering a new lease of life to some stunning models.

But if you want something all-new, or at least assembled new,  check out the cars I have picked out here.  You can order or pre-order many of the models featured here, with other likely to follow next year.

The words ’three-wheeler’ and ‘stylish’ rarely sit well together, but they do in the case of the rather wonderful Nobe 100.

This car is currently being crowdfunded, with the people behind it hoping that a sizeable number of people like the idea of something with three wheels and inspired by the look of the 1950s, not to mention classic speedboats.

The style might be of the past, but the technology isn’t, with the Nobe 100 hitting up to 60mph and with a range of 136 miles per charge. It should cost around £26,000 in 2020 after a successful crowdfunding campaign.

Its influences are obvious, with the Volkswagen Karmann Ghia and the Volvo P1800 at the top of the list.

The interior isn’t quite as hip as you would hope (at least, it isn’t in the prototype), but the technology is certainly worth shouting about. A combination of a lightweight car and the battery pack means up to 300km (186 miles) driving range. And the battery can also charge up to 80 per cent in around an hour.

You can sign up to get on the list for one of these now, with an estimated price of something like €30,000. If you want to know more, just drop the maker a line or sign up for updates.

This was a fairly recent ‘spot’, but it was always going to hit the top 10.

That’s because the E-Type Jaguar is one of the coolest and most stylish cars ever made. Throw in an electric engine and you have something special.

I’m amazed Jaguar is bringing this back, as it will be a very niche part of its range due to the price. But if you have the money, you can hop back into the 1960s and drive around up to a range of 170 miles (per charge) using a 40kWh lithium-ion battery pack, which will be fully recharged in around six or seven hours.

Note that you can can choose from a modern or vintage interior, as well as various other options and because of that, there isn’t a list price for the car. At least, not yet. You can sign up now if you are a potential customer.

Actually this is described as the Microlino microcar, but we all recognise this as a bubble car.

Yes, the bubble car is back and this one has just been approved for use on European streets. So it isn’t just a car on the drawing board.

The car is inspired by the vintage Isetta, right down to the door on the front and the side headlights. There’s even a retro dashboard too. In terms of the mechanics, the Microlino bubble car has a top speed of 56mph as a top speed and a battery that can cover up to 125 miles (depending on the battery you opt for).

BMW Mini showed off an electric model based on the classic vintage Mini but chose not to offer it for sale. Thankfully, the Classic Electric Mini by Swind has appeared to fill in that gap.

The car is officially known as the Swind E Classic Mini and is built around a restored original body with corrosion protection and with a bespoke powertrain (an in-house design), new brake and suspension parts and a 24 kWh lithium-ion battery pack, with the electric motor producing 110 horsepower, which means it is able to do 0 to 60 mph in 9.2 seconds. So pretty nippy.

Lots of modern tech inside too, including USB ports, heated leather seats and the option of an infotainment system with navigation, an electric roof, central locking and air-conditioning in your Mini, Performance tuning packs are also available too.

Not cheap though, with Swind looking for around £79,000 if you want one of these on your drive.

It’s the weekend, the sun is out and you fancy hitting the open road. Ok, not now, but next year possibly. Time to fire up the Carice Mk1.

This two-seater sports car takes inspiration from vintage Porsche models of the 1950s, most notably the 550 Spyder. It is obviously a recreation of that particular style and era and I love it for exactly that reason. This is a car that’s all about having fun.

Only 10 are being made initially, but more will roll off the production line if demand is there. There is a waiting time of around three months to build the car and a price of 26,620 Euros if you want one building for you.

Another one that’s perfect for the summer and pretty much impossible to use in the winter. But I still love the idea of the Renault e-Plein Air.

I say idea because this is a modern-era remake of a 1960s cult classic. Or an electric recreation of the open-top version of the Renault 4 and 4L if you prefer. Plein Air means outdoors and you pretty much are in this car, an ideal runaround for beach-based hipsters decades ago.

The new version mixes vintage details with new bodywork and an engine based on the one in Renault’s Twizy vehicle, a commercially-available mini car. It has zero emissions and can hit up to 50mph if you hold on tight.

Unfortunately, this is still a prototype from Renault as things stand. Hopefully, the concept will be carried through into a summer runaround for a modest price.

More of the same really. A dry-weather car and a fun weekend runaround courtesy of the Fiat 500 Jolly Icon-e by Garage Italia.

Another remake of a past cult classic, this time the La Spiaggina, although the Fiat Jolly name was used for worldwide marketing. It was a bit of a rich person’s plaything back in the day (that day being the 1960s) and it’s likely to still be that kind of thing today.

Garage Italia has gone back to a 1964 design but updated the inner workings for the modern, eco market. The vintage shell now integrates updated technology and details ‘in a functional but discreet way’. Note that the instrument panel is now completely digital with its 5-inch screen and a custom graphic interface, for example.

Beyond that, it’s all about a vintage look, with an electric engine replacing the old combustion engine, but flanged directly to the original gearbox. I hinted at this being pricey and with it being ‘price on application’ I suspect that’s pretty much nailed on. It would be great if Fiat itself went down this route too.

Not as obviously retro as some of the others, but this is an interesting car based on a past classic.

A cute little car, this is based on the original hatchback, the first-generation 1970s Honda Civic, but updated with all the modern technology you would expect of a 21st-century electric car.

The cute throwback look will sell it to many people, but the more practical amongst you will also be enticed by the inner workings too. This one has a 134bhp electric motor, able to to do 0-62mph in just eight seconds. There’s a range of around 136 miles per charge too. So much technology inside too – the dashboard is literally a wall of mini-screens.

The entry price if this one is £24,000 and you can put your name down now for the delivery of a Honda E next year.

This one looks amazing, but I’m not convinced that the Infiniti electric race car will make it to the mass market.

Infiniti is a premium branch of Nissan and a fairly recent one too. So not much heritage here. However, its engineers have created a car that mixes design elements from other Infiniti cars with retro styling and modern-day electric power. The result is a car that looks like a racer from the 1940s or ’50s.

The power is via an electric motor with 30kWh high-voltage battery, able to do 0-62 mph in 5.5 seconds and with a top speed of 105.6mph. Looks amazing, but as I said, unlikely to go into production.

This one didn’t make the top 10 as I’m not entirely sure if it is still a reality.

It was not long ago that I spotted it. Back in 2013, it was announced that there would be an all-new electric De Lorean, produced by the DeLorean Motor Company in association with Epic EV.

It would keep the same look as the original (of course) and have a top speed of 125mph, able to do 0-60 in 4.9 seconds. There would also be a leather interior, built-in GPS, an iPhone dock and one or two other modern-era upgrades.

It went up for pre-sale for £70,000 and then…nothing. That’s the problem. The original pre-sale page isn’t taking orders anymore and there isn’t another outlet obviously online. It looks like the electric version of the cult car never happened. At least, not yet. But it still might in the future. Fingers crossed. 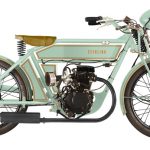