Not replica shirts, this is classic football shirt knitwear by Lyle and Scott, produced alongside Lovers FC.

It isn’t the first time the two brands have teamed up. Some of you might recall me featuring the original collaboration earlier this year, which reworked 1990s kits. This second collection, for me at least, is a cut above that.

Of course, the differences are led by these being different kits (with the exception of one). But there is much more than that pushing things up.

First up, the previous kit kept in some sponsor details. Not so here thankfully. Secondly, these are mainly classic polo shirts, which work well going down the football route. Yes, one or two crewnecks too. But mainly knitted polo shirts.

The end result is sharper, less gimmicky and far more wearable. If you are a fan of one of the clubs concerned, all the better. They would have been ideal in summer, but I suspect you still might get some wear out of them at this time of the year too.

A good range on offer too, which is a mix of clubs such as Sampdoria and Ajax, as well as some classic international tops like Germany and the old Soviet Union. Have a look and pick your favourite.

They have co-branding, with the Lyle and Scott logo more prominent on all but one. Yes, that ‘one’ being the Juventus kit, which has Lovers FC emblazoned on the front. Outside of that, most are short-sleeve, fine knit polos with a ribbed hem and cuffs, as well as a three-button collar.

All sell for the same price too. Grab one directly from the Lyle and Scott for £80 if they appeal.

Find out more at the Lyle and Scott website 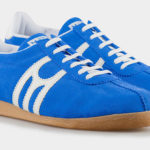 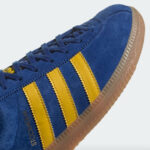