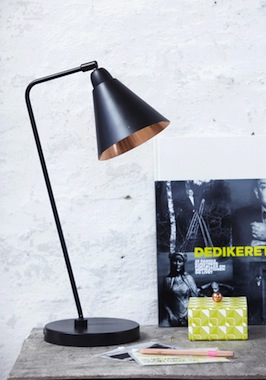 Industrial-style lighting gets a slick new look with this New York black and copper table lamp.

END_OF_DOCUMENT_TOKEN_TO_BE_REPLACED

Give your bathroom a dose of old timey charm with this delightful Barber Shop Shower Curtain from Izola.

END_OF_DOCUMENT_TOKEN_TO_BE_REPLACED If you liked the industrial look of the reclaimed tap light we featured a few months back, here's another piece of lighting that uses the same idea: the pipe light by House Doctor DK.

It's not obvious from the website but this looks like a new piece of product to me, rather than a re-use of old materials. Nevertheless, the light is sure to make a striking statement in any room. It's made from metal and available in black, white, red, or the eye-catching yellow option pictured.

Buy it from Bodie and Fou 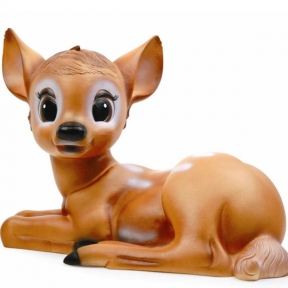 The childhood nostalgia of Disney’s Bambi is perfectly captured in this kitsch but cute  Egmont Fawn Lamp from Bodie and Fou.

Perfect as a nighlight in a child's room, the lamp gives off a warm caramel glow to provide reassurance to little ones if they wake in the night. Those wide, innocent eyes and big ears give the little fawn lots of character and make it as appealing to style conscience parents as it is to kids.

The lamp is made of plastic and measures 40 x 17 x 36cm. It has an easy to use switch suitable for little fingers. It costs £94.99 from Bodie and Fou here. 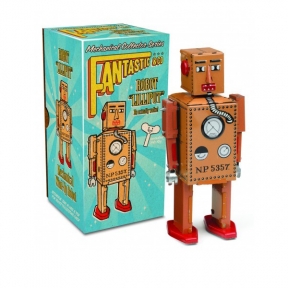 Vintage typewriters are having something of a style moment. I've lost track of the amount of objects they've cropped up on recently, from brooches and earrings to cushions and bags. The latest to use their good looks is this Typewriter ceramic vase by House Doctor DK.

The vase is made from white ceramic and is decorated with a simple black motif of a typewriter, and a string of type coming out of the machine. Like this? There's also a vase available featuring another fashionable motif of the moment – the bicycle.

Pre-order it from Bodie and Fou