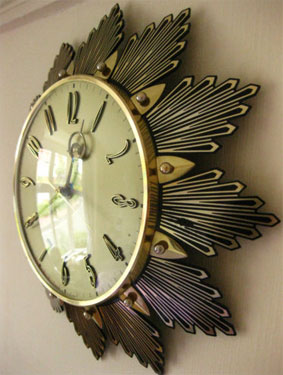 Big thanks to Andrew Graham once more for spotting this very distinctive 1960s Metamec Sunray wall clock, with a very low price only adding to the appeal.

END_OF_DOCUMENT_TOKEN_TO_BE_REPLACED 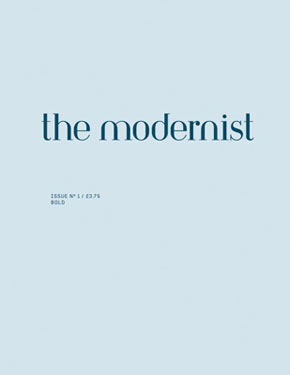 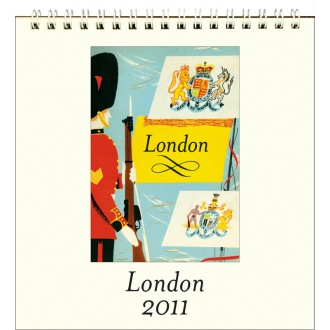 It seems a little early to be thinking about 2011 but I guess busy people may already looking for a calendar to plan the coming year. For those people, the Cavallini London desk calendar is a calendar with a distinctive retro look.

The calendar features nostalgic views of the capital, taken from the Cavallini archives. The images look like they date from the 1940s, '50s and early '60s and include views taken from old guidebooks and postcards, the ubiquitous 'Keep Calm and Carry On', as well as an image of the Queen looking several decades younger. For a peek at the contents, click over the page where the back of the calendar is illustrated.

Buy it from the Bloomsbury Store

END_OF_DOCUMENT_TOKEN_TO_BE_REPLACED 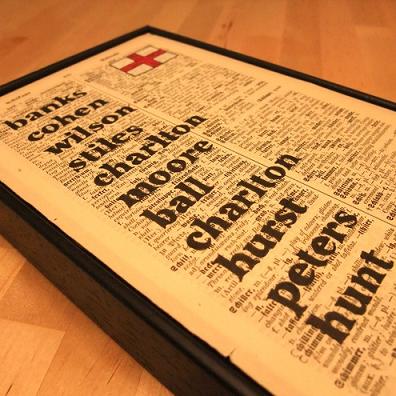 It's pretty hard to escape the rash of football inspired products at the moment. Here's an original piece of artwork that looks back to the 1966 World Cup, made by Wall Envy.

Wall Envy are the people behind the vintage French wall art we featured a while back. It uses the same idea: the words in this case being the names of the players in the 66 England World Cup squad. Like the other piece of artwork, the names are also illustrated onto a page from an old dictionary. However, in this piece – to help you recall that long forgotten taste of victory – the dictionary used is German.

Buy it from Folksy 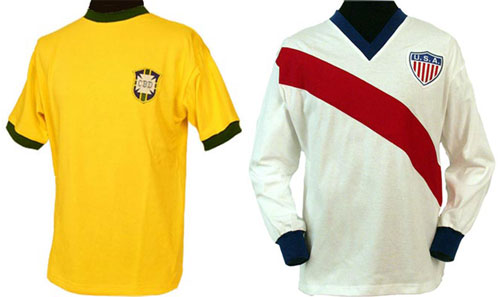 Don’t know about you, but we much prefer the classic football shirts of days gone by to the super-thin, synthetic numbers of the modern-era. Just as well you can still buy classic World Cup shirts at Toffs.

Of course you can buy an England 1966 shirt, a Brazil 1970 (above), a Holland 1974, an Argentina 1986 or an Italia 1982 track top. Indeed, you can pick up every ‘big name’ team from just about every eras. But you can also pick up some of the more niche shirts of past and current World Cup participants too – like the USA 1950 shirt, also pictured above.

Or to be really niche, check out a 1960s Japan football shirt over the page, as well as the shirt worn by Australia in their first World Cup in 1975. Most prices are around the £34.99 mark, but start at £19.99. Check out the full range at the site. 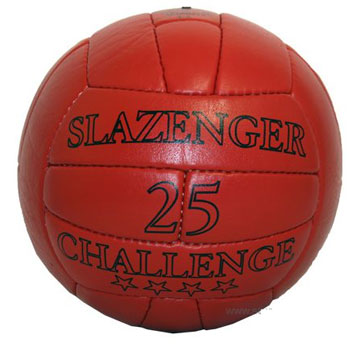 A real talking point, as well as useful thing should you fancy an impromptu kickabout – the Slazenger 1966 World Cup special edition match ball.

You may or may not know that Slazenger produced the ball used in England’s ’66 World Cup triumph and this is a replica of that very same ball. No boffins worked on this particular piece of kit, this is a genuine hand stitched leather ball made up of 25 panels. But it is said to be a little lighter than the original (currently housed in the National Football Museum, wherever that happens to be this week).

Limited edition as you might expect, it sells for £19.66.