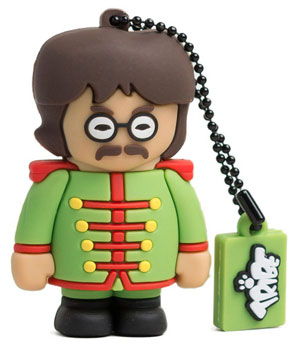 There are selection of these little characters available right now at Fab, but the John Lennon-inspired Pepper Toonstar USB Stick by Tribe is our favourite.

END_OF_DOCUMENT_TOKEN_TO_BE_REPLACED 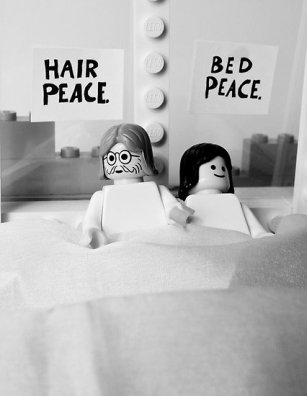 We’ve featured plenty of things made from or inspired by Lego, but none has appealed to me quite as much as the Classic in Lego series of photographs.

END_OF_DOCUMENT_TOKEN_TO_BE_REPLACED Whilst the sentiment of this print might be something with which we could all agree on certain days, the words on the God Almighty Print are in fact a famous quotation from John Lennon, given during an interview with Rolling Stone magazine in 1970.

Buy the print online from Words on Walls. 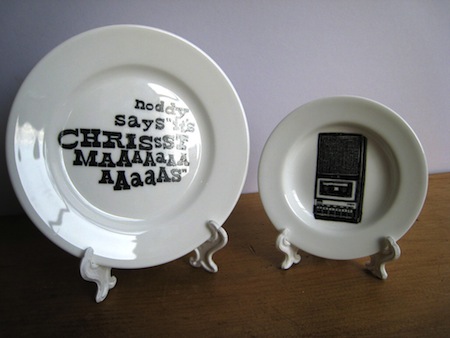 The store Found, Bath, have collaborated with local illustrator Charlotte Farmer to produce a fantastic range of items under the title Rock 'n' Roll Christmas

You may remember Charlotte's work from the Family Favourites design she did for for New House Textiles. Here her illustrations have been applied across a fifty piece set of plates and jewellery boxes and have been inspired by classic Christmas songs as well as now redundant technology. For example, the Noddy Says plate set pictured above features the famous opening line to Merry Xmas Everyone, alongside a 70s tape recorder. Other designs feature Elvis, Elton John and John and Yoko (there's an image of that one over the page). There's even a shopping bag based around the lyrics to Imagine.

Individual plates are £18, while plate sets are £25. You can also get jewellery boxes for £18.

END_OF_DOCUMENT_TOKEN_TO_BE_REPLACED 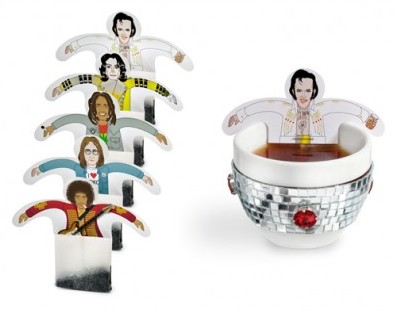