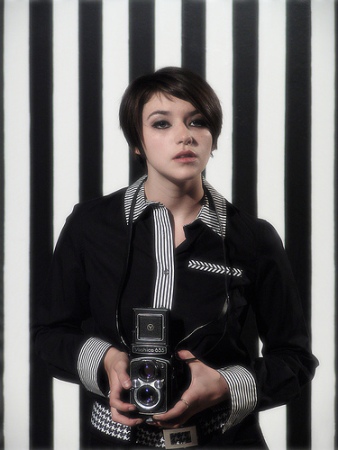 Perhaps not the most original title for a film about mod culture, but E E Cassidy debut film “We are the Mods” takes an unsual angle on the subject .

The film is about two outcasts girls, Sadie and Nico, who “explore Britain’s 60’s mod culture of music, fashion, drugs and vintage scooters in contemporary Los Angeles”. The synopsis of the film sounds like a typical coming-of-age story, but the combination of female protagonists and mod styles should make it worth watching and if nothing else, the stills and trailer suggest that the film looks good.

You can view the trailer online at the We are the Mods website. The films receives its UK premiere at Raindance Film Festival next month on 6 October. Visit the Raindance website for full details of the screening.