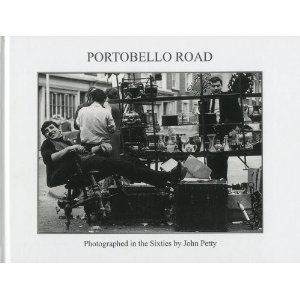 Portobello Road Photographed in the Sixties by John Petty offers a photographic record of the famous London street in what many consider to be its golden era.

Taken in the early 1960s, the photographs remained unpublished until this book was released last year. They show the market, its characters and traditions which have all but gone from the area now.

The book is available in hardback from Amazon, priced £11.66.