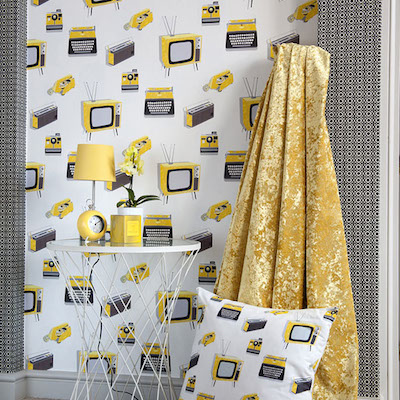 This Call Me Baby wallpaper by Gill Nono definitely makes a statement. That statement will involve a love of retro technology.

END_OF_DOCUMENT_TOKEN_TO_BE_REPLACED 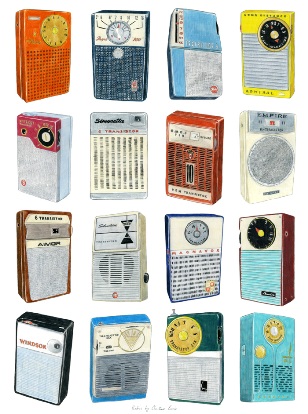 If Christine Berrie’s Radio Print looks familiar, it is may be because the same designer created a camera design, which appeared in various forms, including a bag that we featured here some time ago.

Like the camera design, the radio print consists of numerous retro radios, of varying styles in bright colours, set against a white background. The prints have been produced in association with Magma who are offering a limited run of both the radio and camera print, measuring 52cm x 70cm, priced £25.