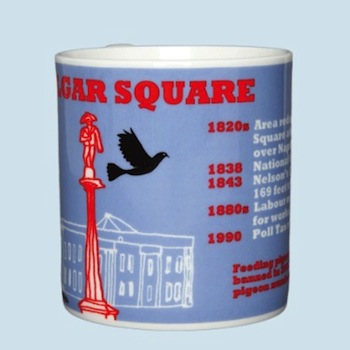 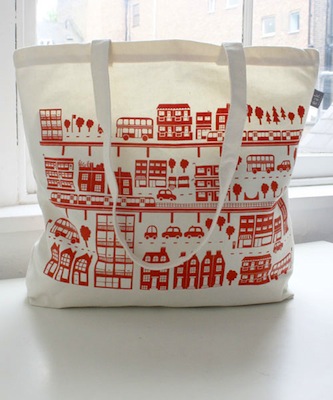 For a simple bag with retro charm, look no further than this City travel bag from EaK design. It's a canvas bag printed with a cheerful urban scene, similar in feel to Michelle Mason tumblers we featured a little while back, which themselves reminded us of Royston Cooper's classic 60s transport posters.

The design, from the studio of Eleanor Stevenson and Kate Phillips, is screen-printed onto the canvas. The bag's been given longer handles too, perfect for lugging all your stuff around a city. 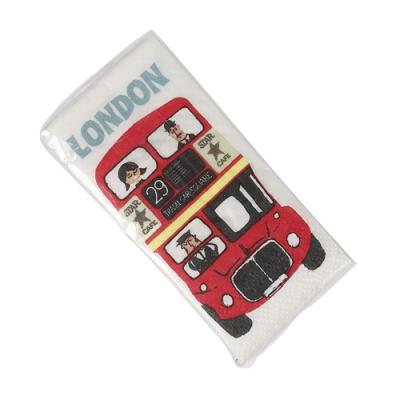 Retro design can be found everywhere, including on the humble tissue. This London tissue pack is possibly too good to blow your nose on.

The tissues feature a design of a traditional red London bus in the style of Royston Cooper (also recently referenced in Takashi Furuya's Have a Nice Day Poster). See over the page for the individual tissue design, which features city types waiting at a bus stop, depicted in the same retro style. The illustrations are so charming, they surely deserve a better fate than being thrown away.

A pack of twelve costs 95p.

Buy them from the Dotcomgiftshop