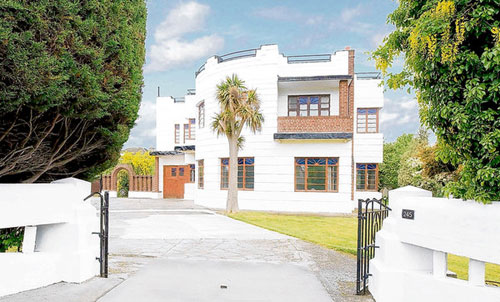 Big thanks to Greg Stevenson on Facebook and Under The Thatch on Twitter for flagging up this stunning 1930s six-bedroom art deco property in Templeogue Road, Dublin. But it does come with a good amount of notoriety.

The house was built in 1939, but gained that notoriety in 1940 when the house was owned by a 'go-between' between the IRA and the German Nazi regime. Indeed, it was used as a safe house for an SS officer – and when it was raided by the police, the owner was arrested and sentenced to five years in prison. The SS man had already departed. You can read the full story from the Irish Times here.