We have covered Tintin on here in the past, not least because we're big Tintin fans. We've also reviewed the old Tintin live action movies of the 1960s – Tintin and the Blue Oranges and Tintin and the Mystery of the Golden Fleece. So we're more then keen to see what The Adventures of Tintin: The Secret of the Unicorn turns out like.

The movie is a big Hollywood affair, directed by Steven Spielberg no less, although we're more appreciative of the fact that Joe Cornish (of Adam and Joe) has a writing credit, so despite the big budget, we're hopeful it might well be a fitting tribute to the original comic strip.

Saying that, the real life-like animation might take some getting used to. Check out the trailer now below, with the big screen date set at October 26th 2011.

We actually featured the DVD last year, but I've just noticed a clip from the BFI's Design For Today package on YouTube, so here it is.

A quirky little film without words that highlights industrial design of the day – that day being a day in 1965, as you might have guessed from the title. Oh yes, it was also the work of future Chariots of Fire director Hugh Hudson.

Check it out below and check out the other BFI clips, some fascinating material online in their channel.

At last (but still well ahead of the February 4th 2011 release date), we have the trailer for the remake of Brighton Rock.

As you might well know, this is an updated remake, the original era being shifted by 30 years or so to the early 1960s, throwing in some parka-clad mods and scooters for added effect. Check it out now below: 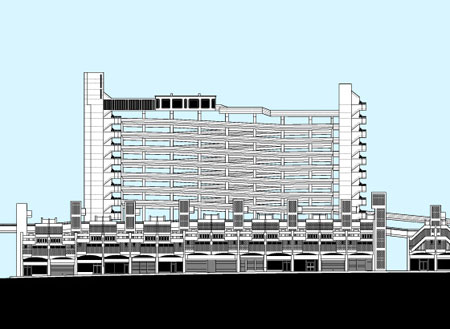 Yes, the title says it all – Trinity Square car park in Gateshead, made famous by the movie Get Carter, will be demolished from this Monday, 26th July.

It's an icon of brutalist architecture, opened in 1969 and the work of Owen Luder. But like most designs in that style (and of that era), it's a building that divides opinion locally. The local council is obviously not keen and has decided to demolish it in favour of a new, large-scale development.

So we wave goodbye and remember the classic scene in the movie below. Oh yes, pictured above is Jonathan Wilkinson's art print of it – that sells for £20 from here. 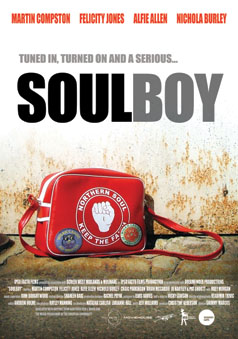