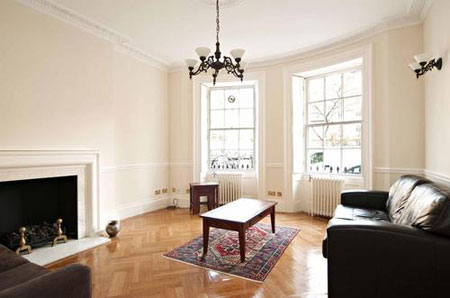 There’s an endless number of flats for rent in London – but few have the past of 34 Montagu Square in West London, which was the former home of Jimi Hendrix and John Lennon – and it could be your next home.

The ground/lower ground apartment  has two bedrooms, two bathrooms and a reception room. It was bought in 1965 by Ringo Starr, who sold it to Animals’ bass player Chas Chandler, then Hendrix, then John Lennon and Yoko Ono in 1968. And if you’re after creative inspiration, Paul McCartney wrote Eleanor Rigby there and Hendrix penned The Wind Cries Mary at the flat.

These days, it’s the property of a music label owner, who is offering it as a rental property. But you’ll need £795 per week to set up home there.

Architectural London prints by Will Clarke