The vast majority of new-build houses in the 1960s and 1970s had one thing in common – Petal Leaf concrete wall blocks, which you can get at Stowell Concrete.

They were used to create divisions in a garden or between houses, but with space in-between to let the light come through. It was a functional item for a garden or garden wall, but one that added a level of interest to what could be a rather dull space.

Many have been ditched over the years as concrete was removed as people ‘modernised’ their homes. But let’s be honest, a wooden fence doesn’t last long and doesn’t look half as interesting as wall of these Petal Leaf concrete blocks.

But now they’re seen as a feature of that era – and actually quite sought after, especially as few people seem to make them anymore.

But as I said, Stowell Concrete do still make the Petal Leaf design, with blocks retailing from £3.50 each. If your house dates from the era and you want to add an original feature back to the garden, this is a relatively cheap one. if you live in a country cottage, you might want to given them a miss. Alternatively, if you like the idea of adding in a retro touch to a house of that era, this is definitely a good one.

If you want more ideas to add a retro vibe your garden, do check out our outdoor spaces section. 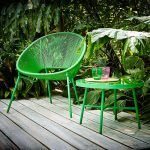 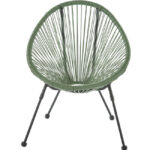