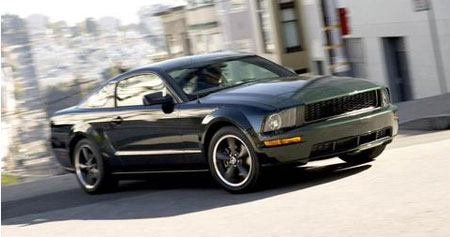 Back in May, we mentioned that Ford was producing a limited edition Ford Mustang Bullitt to commemorate 40s years since its appearance in the movie. And as we enter 2008, more details and pictures have emerged.

The 2008 Ford Mustang Bullitt has a 4.6-litre V8 engine, a sport-tuned chassis and suspension to boost handling (if you fancy re-creating that car chase) and a ‘revised rear-axle ratio’ for better acceleration. The paint job will be Dark Highland Green (as the original), the car will be without logos – again as the film car was and most bizarrely of all, the exhaust sound will be just as the original, with the designers having listened to the movie soundtrack to get it just right.

More details and images at the Forbes Autos website

Retro living on the move with the Barefoot Caravan