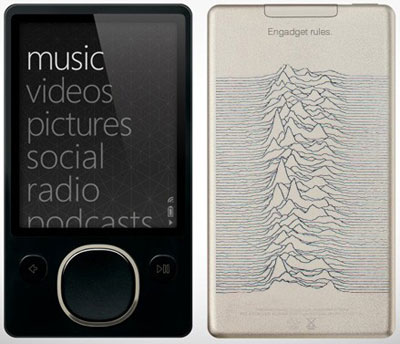 If it was April 1st, I would think twice about publishing this story. But it isn’t – Microsoft really is going to produce a Joy Division-themed Zune media player.

Available from June 10th, the player will be limited edition, produced to promote a new DVD about the band and featuring Peter Saville’s iconic album artwork from Unknown Pleasures.

The picture above is a mock-up, but likely to be close to what you’ll get. If you live in America that is. You see, the Zune hasn’t been released in the UK as yet – which means a design forever associated with Manchester will not actually be sold in the city.