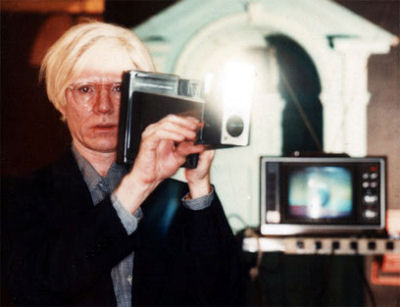 The inspiration for the season is the release of “Face Addict”, where photographer Edo Bertoglio returns to the downtown Manhattan of his past when he was party of Warhol’s Factory crowd. The screening on Tuesday 19th August will include a discussion with Beroglio.

Warhol is featured in another of the films in the series “A Walk into the Sea: Danny Williams and the Warhol Factory”, which focuses on the promising young filmmaker who was Warhol’s lover, but disappeared mysteriously in 1966.

“Cool School” goes back further and moves over to the West Coast, looking at the art scene there in late 50s and 60s. The season is completed by “Black White & Gray: A Portrait of Sam Wagstaff and Robert Mapplethorpe”, a documentary about the photographer and his patron/lover.