I don’t think any home phone has been talked about quite so much as the Colombo Two. In fact, we’ve been talking about it since January this year. And after all the waiting, it’s finally being offered for sale – but only in Selfridges.

We don’t really know much more – the marketing team has gone very quiet on us (which isn’t a good sign), but the designer’s site does promise the phone will be in Selfridges this month. No price given though, but as the phone has now been adapted slightly (with an answerphone heading up a few improvements), we would expect the previously-mentioned £40 price tag to be well exceeded. And yes, we have checked the store’s online shop.

If you want to know more about the Joe Colombo-inspired space age phone (and its companion Colombo One), you can see more here. 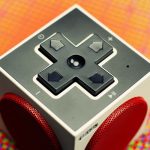