Since the 1930s, every secret agent of note has been packing a Minox spy camera, essential for taking snaps of those secret documents or capturing the most wanted on film. And this era is no exception, with the company about to launch its first digital version – the Minox DSC.

Perfect for any budding James Bond or Harry Palmer, the DSC (Digital Spy Camera) stays true to its classic vintage style, but packs in more modern-day technology, including a 3.2 megapixel sensor, 128MB memory (expandable with memory cards), a rechargeable battery and if you want to be really sneaky, the option to shoot movies. It’s even got a separate unit for flash and 1.5-inch LCD screen, giving you the option of travelling light.

The camera gets its official launch on September 23rd, hitting retail a few weeks later. No firm news on price, although a figure of 200 Euros has been mentioned.

Embroidered Felt Phone Home from Made In The Shade 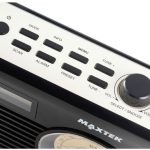