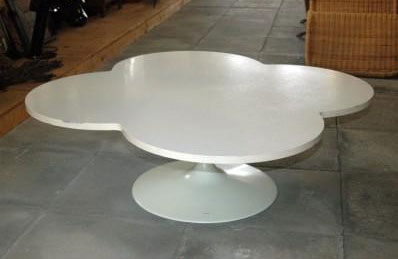 We've heard of Kho Liang le and we're well aware of Artifort, but we have never encountered the Artifort Four-Leaf Clover table by Kho Liang le before we saw it on eBay.

It's a stunning design, a slightly more quirky and unusual Tulip-style table if you like, designed by Kho Liang le around four years later in 1960s and produced by Artifort during that decade, probably in the early 70s too, but it certainly hasn't been in production for many years.

Probably not tall enough for a dining table, standing at just 43cm (and 120cm wide), it's certainly perfect for a feature or large coffee table. And at £400, it looks like something of a shrewd investment too.