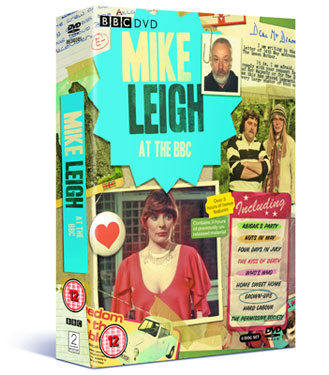 If you have an interest in classic British TV drama, you really need to own the Mike Leigh The BBC Collection DVD boxset.

It contains all of the BBC's surviving Mike Leigh works, running from 1973's Hard Labour through to The Long Goodbye in 2000 over six DVDs, throwing in classics like Abigail's Party, Nuts In May and Grown-Ups along the way, not to mention director's commentaries from the man himself, a must-read booklet, documentaries, interviews and a gaggle of rarely-seen short films from 1975.

See over the page for all the details and if you like what you read, you can pick the box up from 6th April 2009, priced around the £50 mark.

Hard Labour
Mike Leigh's first TV drama for the BBC in 1973. Shot entirely on location in Leigh’s native Salford, Hard Labour depicts the grinding daily routine of stoical domestic cleaner Mrs Thornley and her cantankerous family. Hard Labour features a moving central performance from Liz Smith (The Royle Family) and early appearances by Ben Kingsley and Bernard Hill. It also marks the first collaboration between Mike Leigh and Alison Steadman (Gavin and Stacey), who was to take leading roles in Nuts in May and Abigail’s Party.

The Permissive Society
The title is ironic – a popular expression in mid-70’s sexually liberated Britain, but a far cry from the gentle, innocent warmth of this short play, shot entirely in a television studio. Funny and moving, a tentative, awkward first date in a Lancashire high rise flat is interrupted by the young man’s elder sister, returning prematurely after being stood up.

Nuts in May
Mike Leigh’s second Play For Today offering. Follow Keith (Roger Sloman) and Candice-Marie (Alison Steadman), a rather self-righteous vegetarian couple, in their exhausting attempt to enjoy an idyllic camping holiday in Dorset. Their rigid notions of peace and quiet are somewhat challenged by other campers, with a more relaxed approach to life, the resulting conflict posing the questions, who are really the good guys?

The Kiss of Death
David Threlfall (Shameless) gives a brilliant performance as Trevor, an off-beat undertaker’s assistant, with a dry sense of humour and a healthy resistance to conformity. He and his best friend Ronnie are confronted by, and finally escape, the clutches of two predatory and fiercely conventional young women, Sandra and Linda. Filmed on location in Oldham.

Who’s Who?
A film about toffs and snobs. Richard Kane stars as Alan, an obsequious autograph hunter, who works as a clerk for a City stockbroker, and whose wife breeds pedigree chinchilla cats. Through Alan’s eyes we look at the lives of his upper class employers and the younger Sloane Ranger set at his firm.

Abigail’s Party
Immediately after its smash-hit run at The Hampstead Theatre, London, this 1977 stage-play was wheeled by Mike Leigh into an electronic TV studio – like The Permissive Society, it isn’t a film. Leigh attributes the phenomenal success of his most popular TV show in part to the fact that on its third showing, storms raged throughout the British Isles, when there was a highbrow programme on BBC 2, an ITV strike blacking out Channel 3, and no Channel 4, as it didn’t yet exist.

A suburban evening of hilarious disaster, gross embarrassment and untimely death is presided over by the monstrous Beverly, for which performance Alison Steadman won two best actress awards.

Grown-Ups
A young working-class couple, Dick and Mandy, move into a council house, to find their old teacher living next door with his wife. Their new life is plagued by endless visits from Mandy’s lonely elder sister Gloria, a situation that finally erupts into a major catastrophe involving the neighbours.

Starring Lesley Manville (All Or Nothing, Topsy-Turvy, Cranford) who has worked with Mike Leigh more than any other actor and Brenda Blethyn (Secrets and Lies), Phil Davis, Sam Kelly, Janine Duvitski (Abigail’s Party) and Lindsay Duncan (Rome, Margaret – as Margaret Thatcher). Filmed on location in Canterbury.

Home Sweet Home
The tragic-comic tale of a lonely postman, the social workers who chivvy him about his estranged teenage daughter, and his secret affairs with the wives of his fellow postmen.

Stars Eric Richard (The Bill) and features Frances Barber (Funland). Home Sweet Home also sees the first appearance in a Mike Leigh film of Timothy Spall (Secrets and Lies, All Or Nothing, Harry Potter). Filmed on location in Hitchin, Hertfordshire.

Four Days in July
Four Days In July is a wonderfully engaging and bitterly humorous take on "The Troubles" in Northern Ireland. Set (and shot) in Belfast in July 1984, around the annual 12th July Loyalist Parades, the film examines the communities on both sides of the divide. Through the depiction of a Catholic couple and a Protestant couple, each on the brink of the birth of their first child, Mike Leigh explores the daily lives of the divided community.

Five-Minute Films
This collection also includes a rare treat, five short films written and directed by Mike Leigh – Afternoon, Birth of the Goalie, Old Chums, A Light Snack and Probation. Originally filmed in 1975, these five films, lasting five minutes each, were intended to be the first in an ongoing series but weren’t actually broadcast until 1982 during a season of Leigh's work on BBC. 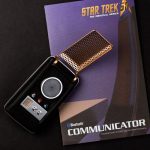 A tribute to Patrick McGoohan

Arkwright’s Open All Hours shop up for auction