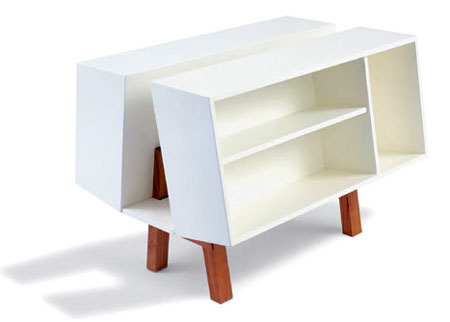 When we first started Retro To Go, one of the first items we wrote about was one of our all-time favourite designs, the original Isokon Plus Penguin Donkey, which dates back to 1939. But for some reason, we've not got round to mentioning the update, the Penguin Donkey 2 by Ernest Race. Until now that is.

For the uninitiated, the Penguin Donkey is a small bookcase, designed in 1939 to hold (as you've probably guessed) Penguin paperbacks, but good for storing everything in practice, from magazines to CDs. The Penguin Donkey 2 is an update, with iconic British designer Ernest Race asked to re-design the Donkey back in 1963, producing something more 'modern', a little more simple and with a flat top so it can double up as a side table.

It's still in production today, although it is less common to see than the original. However, Skandium sells them in a mix of white and solid cherry, priced at £410.

“All Yesterday’s Parties” by Clinton Heylin