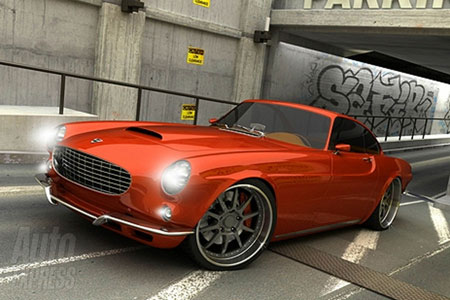 Famed for being the car driven by the Roger Moore-era Saint and still sought after by collectors today, the 1961 Volvo P1800 Coupe is making a return, with a modern twist and in very limited numbers.

It's a sympathetic update of the original by Swedish designer Bo Zolland, now with a new front wing, side-skirts, flat underbody and active rear diffuser for better aerodynamics, while the deep-dish oversize alloys will no doubt appeal to the boy racer in you. It's also got more power than the original – courtesy of Volvo’s current 4.4-litre V8 engine.

It's likely to be offered in limited numbers by Vox Customs for an as-yet undisclosed price. We suspect that will mean very expensive. 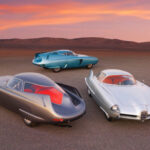 Classic cars on the common