Skip to content
19shares
Note all articles are independently researched and written by myself. However, if you buy via one of the links it may be an affiliate and I may earn a small commission. 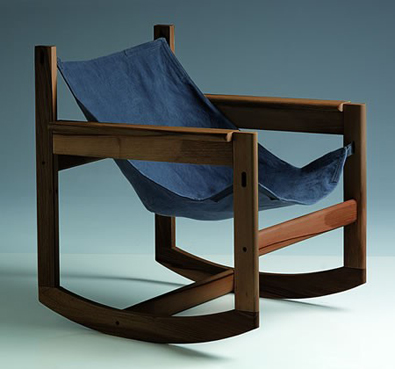 Michel Arnoult's Pelicano rocking chair has been around for a few years but looks a lot older than it actually is. It was actually designed in 2003 but draws heavily on the Arnoult's design background. Although he was French, he spent much his time in Brazil and believed strongly in the democratisation of design. In the 1950s, he was one of the first in Brazil to produce Ready-To-Assemble furniture (leaving millions of flatpacks to follow in his wake).

To add to the classic look of the chair, the Pelicano is made from walnut. The cotton seat is suspended from the frame like a hammock, helping you recline as you rock. Each chair costs £580.
Buy it from the Bodie and Fou website