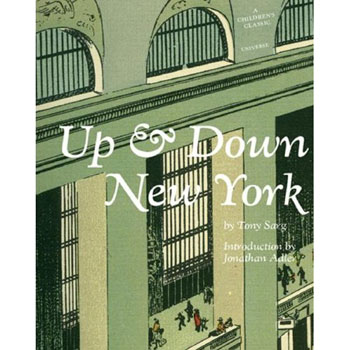 Tony Sarg’s “Up & Down New York” was first published in 1926, but a new edition was printed in 2007, bringing this delightful book to a new audience.

“Up & Down New York” is a book of illustrations, in a similar vein to Miroslav Sasek’s “This is” city series, except Sarg’s drawings are typical of the 1920s style. The New York of this book is very much the city in its heyday, but many of the landmarks featured (Grand Central Station, Time Square, The Stock Exchange) are still pretty much the same now.

It is available from Amazon priced £10.35 for a new hardcover edition, although it is possible to buy it cheaper used and from Amazon sellers.

Every Man’s Memory Print from the MinaLima Collection

Just My Type by Simon Garfield