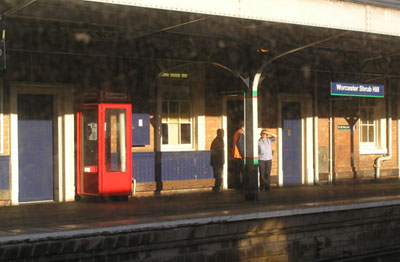 The Twentieth Century Society has been campaigned for the past two years to have the remaining examples of the K8 phone box given listed status (we featured the tea towels sold to support the campaign last year. The Society has recently announced its first success in this campaign with the K8 at Shrub Hill Station in Worcester given Grade II status.

The K8 has designed by Bruce Martin in 1967 and was the last of BT’s great red telephone boxes. There were originally 11,000, but now only 60 remain in use. The Society hopes to achieve listed status for another 14 of the iconic boxes.

To see a complete list of the remaining K8s, photographs of other examples and further details of the campaign, visit the Twentieth Century Society’s website.