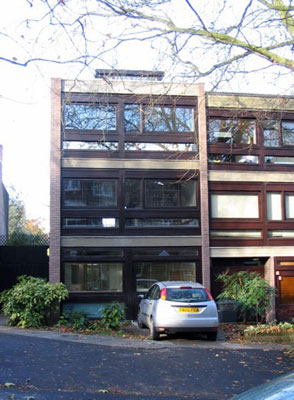 If any house can scream the 1960s, it's this three-bedroom design in Jacksons Lane, London N6.

This particular property is an end terrace on the Southwood House Estate, a triangle of residences built on the site of the former Southwood House, the work of architects Andrews, Emerson, Sherlock & Keable in the early part of that decade, 'Andrews' himself actually living in it – no doubt sold on the large communal space offered between the rows of houses, all of which is for sole use of the residents. 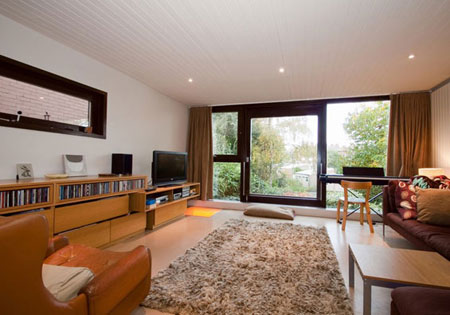 The house itself is unusual, but not untypical of the era, offering up three floors of accomodation that includes an open plan kitchen and dining room, sliding doors to the garden, a first floor reception room, three large double bedrooms, two bathrooms, a study and a sun room at roof level.

It's all been 'refurbished to a high standard by the current architect owners', but thankfully has been done with sympathy to the original construction. Not cheap though, they're looking for around £1,200,000, which makes the Frank Lloyd Wright house we featured yesterday something of a bargain in comparison. Then again, we are talking London prices.

More information and images at the Modern House website

The Book of the Edwardian and Inter-war House