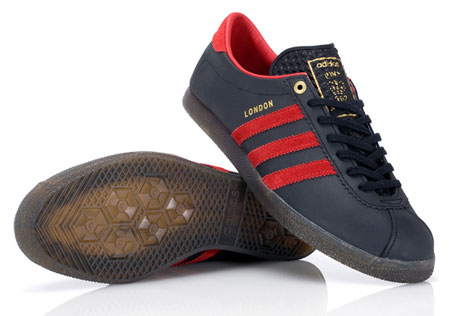 In the middle of 2008, Adidas reissued a batch of trainers from its 1970s City range, including a remake of the Adidas London – a nice shoe, but not exactly friendly with the elements. That's not the case with the latest reissue – the Adidas x Crooked Tongues London trainers.

Produced as part of the Adidas Consortium range, the shoe has been 'tweaked' by Soho retailer Crooked Tongues, with the new version now offering a swap of colouring (red on black rather than black on red) and a construction designed for wet weather use (after all, this is a London shoe). You'll also notice the British pint symbol on the dimpled tongue, along with a tartan lining, just like a raincoat.

These are going to be very limited, so you'll need to pre-order. No news on price, but those pre-orders start this Saturday, 12th December, at the End Clothing online store (and other places). More views over the page. 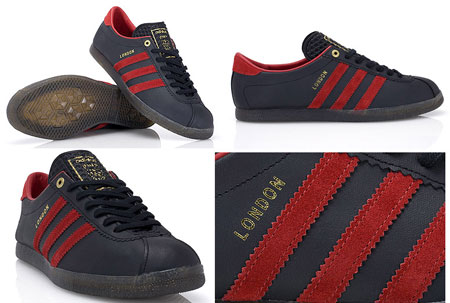