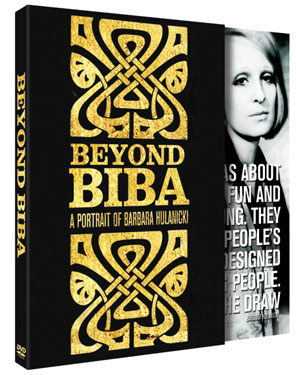 We covered Beyond Biba some time back (June to be precise), when it got a premiere at London's V&A. Well, just in time for Christmas, the movie has been issued on DVD – in limited numbers.

For the uninitiated, Beyond Biba focuses on founder Barbara Hulanicki, looking at both the past and present, from the heady days of Biba and its influence in the years since, plus a look at Barbara herself and how she has kept on going forward, particularly in the world of interior design, rather than simply living off past history. The DVD release is limited to 1000 and the first 500 will include a certificate of authenticity signed by Barbara Hulanicki.

Each DVD will also contain a booklet about the film and four postcards, with the disc packing extras including a commentary with Director Louis Price and Producers Tom Walters and James Collie, an interview with Director Louis Price, a Stills Gallery, deleted scenes and a Barbara Hulanicki 'On Tour' documentary. It retails for £25 from the movie's website. 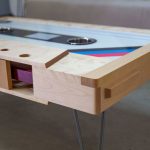