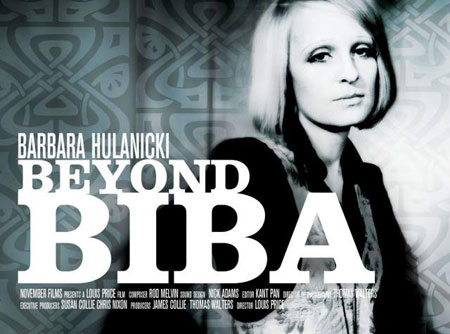 If you've got any interest in 60s and 70s fashion or indeed, the woman behind one of its most iconic labels, you'll want to catch a new movie that gets its premiere at London's V&A in July – Beyond Biba.

The movie centres on Barbara Hulanicki, looking at both the past and present, from the heady days of Biba, its influence in years since and perhaps most importantly, a look at Barbara herself and how she has kept on going forward, particularly in the world of interior design, rather than simply living off past history.

Made in conjunction with the designer (and as such, with full access), the movie gets its world premiere at the V&A on July 17th at 7pm. Barbara Hulanicki will be interviewed on stage after the film. Tickets are £8 and £6 for concessions. In addition, you can buy signed film posters (signed by both Barbara Hulanicki and director Louis Price) online, limited to just 100 and available for just £10 including postage. Sounds like a bargain to us.

BBC to remake The Fall And Rise Of Reginald Perrin