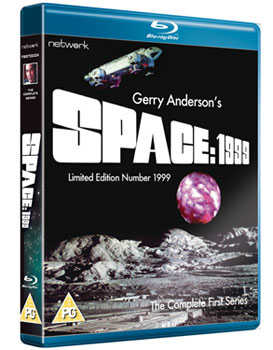 It's probably the TV series we talk about the most on this site. Indeed, we mentioned it this week relating to the classic Guzzini Sorella lamp. So you can see why we're excited about Space 1999 being issued on Blu-ray for the very first time by Network.

A product of the 70s and packing more space age design than a high-end Chelsea retailer in 1973, the Gerry Anderson-produced show (as the title suggests) was actually set from September 13th, 1999 – a nuclear waste dump explodes, blasting the Moon and Moonbase Alpha out of Earth's orbit and into a world of weird and wonderful, 70s-styled aliens and space hangouts.

Network is releasing the complete first series of this cult sci-fi show from 11th October 2010 as an 8-disc box set – the first time it has been available in HD anywhere in the world. Plenty of extras too for the obsessive fan.

Supergran heads to DVD for the first time