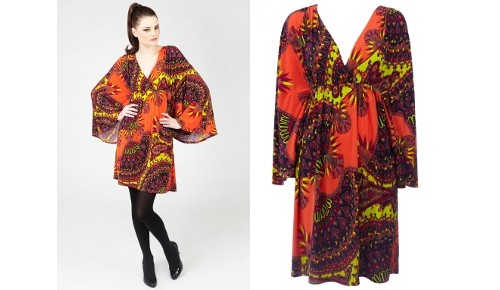 As the high street moves towards plenty of seventies influence, there's many different looks to plunder for inspiration. This Tribal Paisley Kimono from Wallis taps into a late sixties/early seventies aesthetic, drawing from both tribal and eastern influences popular at the time.