Skip to content
26shares
Note all articles are independently researched and written by myself. However, if you buy via one of the links it may be an affiliate and I may earn a small commission. 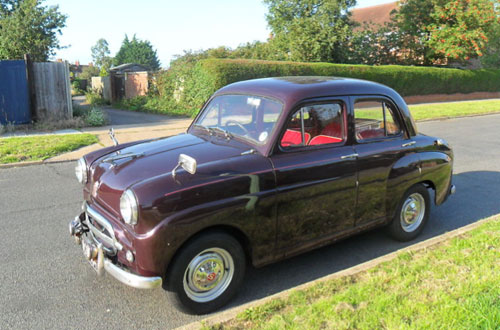 A long title, but it does tell you what is up for auction right now, this Standard Eight car, which was built back in 1954 by the British Standard Motor Company and is still going strong today.

In fact, if you want a 1950s runaround to match your '50s looks, it could be ideal. The car was built in various shapes 1938 and 1959, this obviously being a later example. it was eventually replaced by the Triumph Herald, another gem that we've featured on various occasions.

Anyway, this car has an 803cc engine and has been used by the current owner for his/her daily commute on a daily basis. Coupled with its 12-month MOT, it's certainly a runner. Condition looks good too, judging by the photos. But best of, the price is in the right place too – £1,600 right now. Lots more shots of the car on the listing.