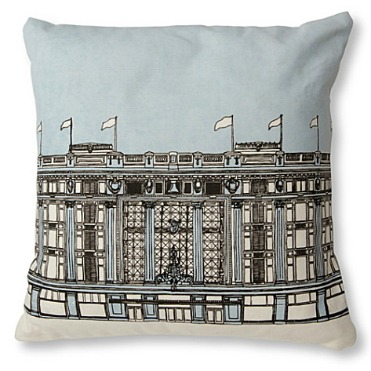 We've featured Mr Wingate's architecturally inspired cushions before, most specifically in his East End London pub series. They've produced a new set of cushions specifically for Selfridges, showing their famous shops from around the country.

The design above shows the company's flagship store on London's Oxford Street. Designed in the 1920s by Daniel Burnham, it's the second largest shop in the UK (behind Harrods). The store's impressive facade has been hand-printed onto the cushion in a simple blue, black and white colour scheme.

The cushions cost £45 each.