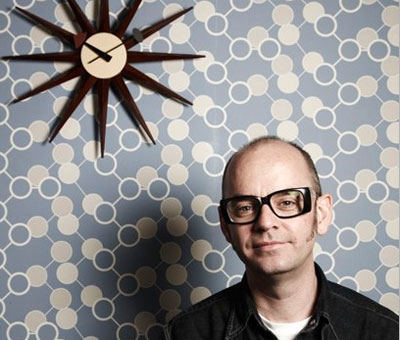 Should you be one of our UK readers, there's an interesting show on tonight which looks well worth catching or recording – The House The 50s Built.

It's on Channel 4 tonight (Thursday 7 June) at 9pm, then running as a three-episode mini series. According to the write-up, the show celebrates the science behind the inventions and innovations that transformed the way we lived and made 1950s Britain modern.

Host Brendan Walker learns from practical, hands-on experience what it took to bring about the 50s revolution by reconstructing a house. Each programme focuses on a room and fast-forwards it through the 1950s, showcasing how progress in the home triggered a wave of social change.

The programme hears from people who lived through the decade, including Maureen Lipman and Fay Weldon, as well as designers such as Wayne and Gerardine Hemingway, and also Kevin McCloud.

If you are reading this a little too late for the 'live' viewing (ro to set 'record'), check out the 4OD page to catch up with the episode.

One thought on “Channel 4 tonight: The House The 50s Built”