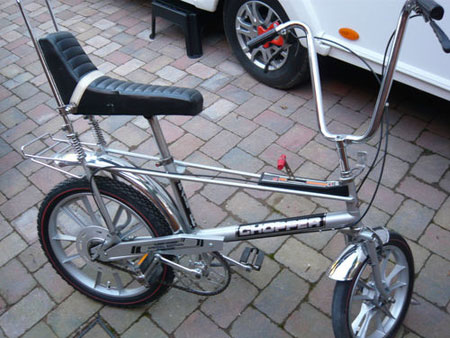 I don't think I have ever done two eBay finds in the same day, but as I've just spotted this 1970s Raleigh Chopper Special Edition on the site, I've decided I can't hold off until next week.

It's arguably the bike of the 1970s. Any kid who was anyone has a Chopper. It was cool then and it still is today. In fact, it now has rarity value too, as not too many of these (compared to how many were made) have got through to 2012 unscathed.

This one is described as 'the single most sought after model', which it might well be. Although I recall having a five-gear model as a nipper, which was pretty collectable too. Mine was battered though, whereas this one, dating from around 1976/77, is (almost) pristine. The ram and various parts have been refurbished to a very high standard, but the bike is all original, the only minor defect being a very small rip in the seat.

You can see all the Raleigh Chopper auctions here and as you can see, you don't get an original going cheap. Which perhaps accounts for the asking price of this model.

£750 is the starting price (and we would guess, the closing price too). 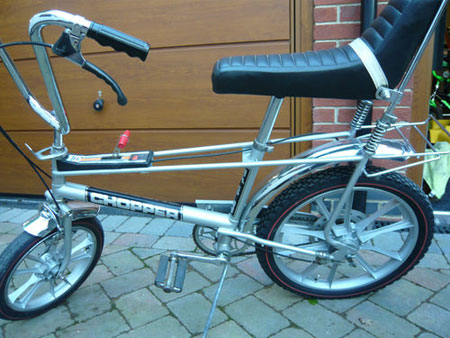