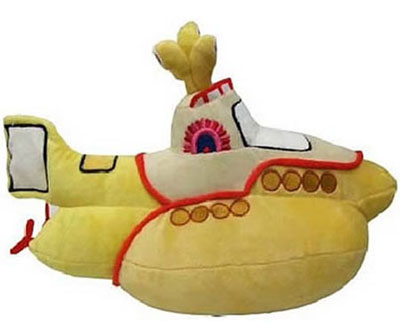 Note sure it's the first thing I would think of when I hear the words 'cuddly toy', but you can see this plush Beatles Yellow Submarine at Forbidden Planet working on two levels.

Firstly, it's likely to appeal to fans of The Beatles, as well as those who love the classic 1968 animated movie. But it's also going to appeal to kids, perhaps oblivious to the film, but keen on the idea of having a 14-inch long, brightly-coloured submariner in soft toy film.

Because that's exactly what this is. If you know any of the above who might appreciate it, the plush Beatles Yellow Submarine is new and available from this week, selling for £22.99.