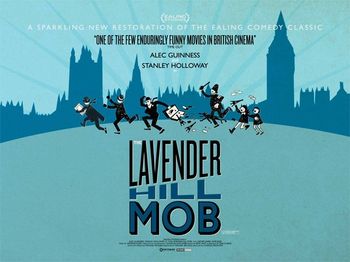 If you're in search of some light relief over the Christmas period, you'll be pleased to hear that the BFI Light Ealing Season opens tonight.

Running throughout December at the National Film Theatre on London's South Bank, the Light Ealing programme examines the comedy films made during the 40s & 50s which made the small London studio famous. Unlike the darker, more cynical comedies made by Ealing Studios, the lighter side of their output, including classics like Passport To Pimlico and The Lavender Hill Mob, embraced good old fashioned British positivity & good humour in the face of the Second World War & its aftermath.

The season runs until 30th December. For more information on screenings for the Light Ealing season, take at look at the BFI website.