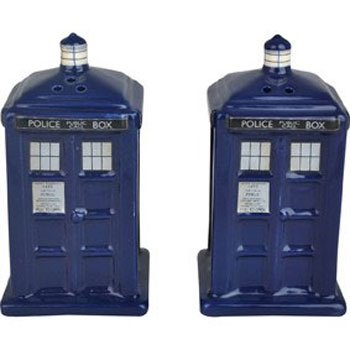 Details aren't exactly plentiful, but if you are the kind of person who wants to own some Doctor Who Tardis salt and pepper shakers, the picture above has probably already sold you.

It's another example of 50th anniversary merchandise (of which there is much), with both the salt and pepper sold as a set, being ceramic and being a talking point on any dining table. 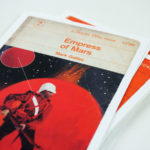