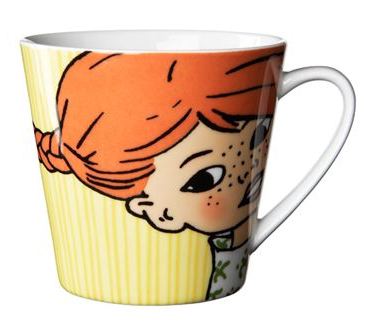 Following the popularity of the Moomins, could another Swedish children's literature favourite have the same appeal? If so, this Pippi Longstocking Mug could just be the start.

The original Pippi Longstocking books were written by Astrid Lindgren, with the first three books published in the 1940s and a later series between 1969 and 1975. For anyone unfamiliar with the character, Pippi is known for her extraordinary strength, contempt for grown-ups and her red pigtails. The mug is one of a series featuring scenes from Pippi stories produced by Rörstrand.  The mug costs £14.