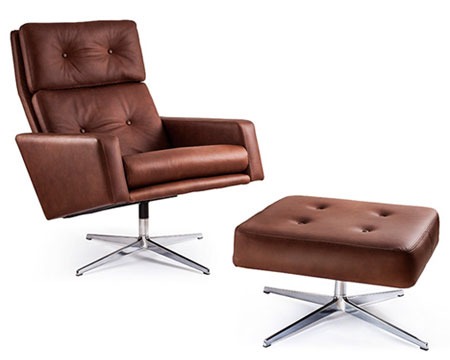 I know the company selling this do a number of reproduction design classics in their range, but this 1960s Robin Day Leo Chair and Ottoman is an officially licensed reissue.

It's a British made reissue of a 1965 Robin Day design, featured in early James Bond movies, most notably in You Only Live Twice, which is where the still below is from. It's a design very much of its era, although its straight modernist lines would still work well as a lounger in a modern home, as well as a retro setting. There are a variety of leather finishes to choose from or you can opt for something bespoke.

As you would expect from an officially licensed piece, it isn't cheap, selling from £2,644. But it's certainly a cool thing to own. 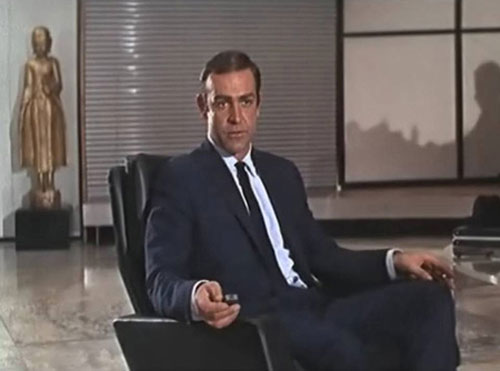