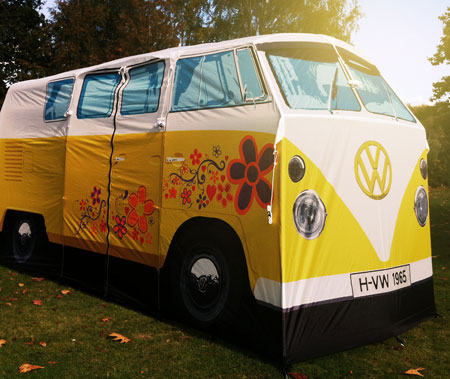 Back in 2011, we spotted the original Camper Van tent. Fast forward to 2013 (and just in time for the summer holidays) and we have spotted this limited edition Flower Power VW Camper Van Tent, which is available for pre-order.

It's the same tent – but with a much jazzier exterior. Which means it is still an officially licensed four-man (or woman) tent, as well as a full-size replica of the iconic 1965 Volkswagen Camper Van. Yes, so big, you can stand up inside. It's also got two zip-separated double-size rooms, plus an outer that can be put up first to offer some shelter as you erect the other parts.

But that outside is the standout feature here – designed to look like a customised hippy van of the late 1960s. If you want to get your name down for one, it's available to pre-order now, priced at £299.99. 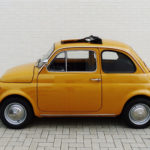