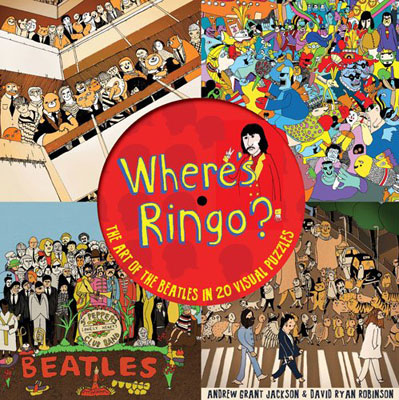 Quite a while off yet, but if you are a fan of the Fab Four, you might want to get your pre-order in for Where's Ringo?: The Story of The Beatles in 20 Visual Puzzles.

Published by Aurum Press, it is the work of Andrew Grant Jackson and David Ryan Robinson and looks like to be various things. On the one hand, it's a collectable for fans of the band, on the other, it's a puzzle book. It also looks likely to appeal to both adults and kids, even kids who don't know who The Beatles are.

That's down to that puzzle element. The hardback book (around the same size as an album) features 20 original and detailed artworks inspired by key periods in the band's evolution. However, each one features a 'hidden' Ringo for you to find amongst the band, memorabilia, even the Blue Meanies. Adding to that is commentary and trivia about the images featured.

Make Do and Mend book