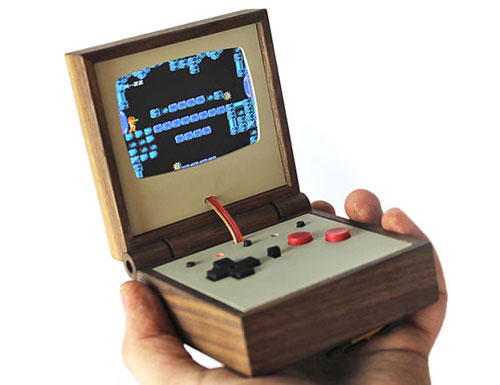 It is a thing of beauty. if you agree, you’ll be pleased to hear that the Pixel Vision portable game system by Love Hultén is available to back and buy via Kickstarter.

Originally seen as a prototype online, the vintage-style mini console is set to become a commercially available product thanks to all the positive feedback received over the past few weeks. Well, it is if the totals are made via Kickstarter. With a couple of weeks to go, the jury’s still out on that front, but we do live in hope.

If it does happen, you will be able to get your hands on a gaming machine made from solid American Walnut and one with a working wooden hinge, a 3.5-inch LCD screen, some familiar gaming controls and inner workings based around a Raspberry Pi A+ board.

The end result looks like a Gameboy prototype from a decade or more earlier. Certainly no bad thing. But unlike a Gameboy, this doesn’t just take your old cartridges. Instead, a USB port lets you upload ROMS from different classic gaming consoles including the Atari 2600, the Game Boy and Advance, the original NES and the SNES, as well as older Sega systems. You can apparently get over 10,000 games on here, which should keep you going for quite some time. Saying that, the battery lasts up to eight hours, so swings and roundabouts.

If you want one, you need to get backing. Just 500 are being made, as well as 20 ‘Pearl’ versions with brass buttons, black panels, and a mother of pearl inlay on the top.

As for price, the standard is the equivalent of £306, with the Pearl at £533. Shipping (if the total is met) will be from February onwards. 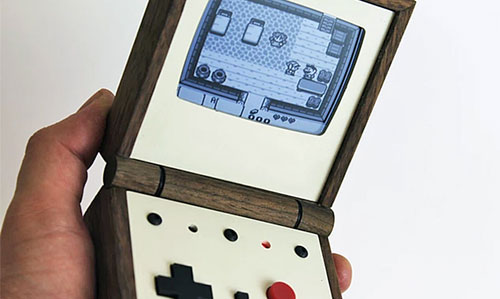 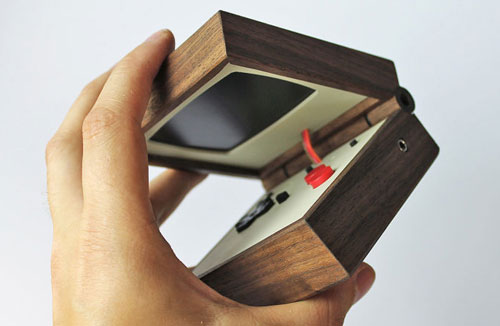 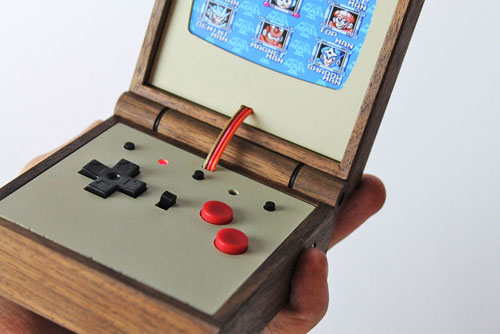 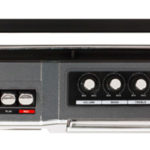