Skip to content
16shares
Note all articles are independently researched and written by myself. However, if you buy via one of the links it may be an affiliate and I may earn a small commission.

If Shock and Awe: Glam Rock and Its Legacy, from the Seventies to the Twenty-First Century by Simon Reynolds is anywhere near as good as the writer’s past efforts, then it will definitely be worth picking up.

Yes, from the author of Rip It Up and Start Again and Retromania comes a book  described as the ‘definitive cultural history of glam and glitter rock’,  celebrating its fashion, the make-up, the music and the larger-than-life stars, from David Bowie to Alice Cooper, tracking its legacy in contemporary pop.

Glam is described as a reaction against ‘the hairy, denim-clad rock bands of the late sixties’ and the ‘first true teenage rampage of the new decade’. This book is pitched as a ‘fresh, in-depth look’, placing it in the wider Seventies context of social upheaval and political disillusion and looking at its influence in later decades in 1980s art-pop icons like Kate Bush through to twenty-first century acts such as Lady Gaga. 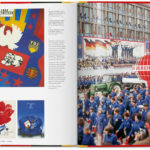 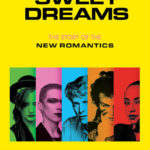 Sweet Dreams: The Story of the New Romantics by Dylan Jones