There are plenty of options to play retro games on your phone, but none as appealing as the Hyperkin Smart Boy.

As you can see from the photos, this isn’t just about seeing the game on the screen, this turns your entire smartphone into a Game Boy. Just slot in your phone, stick in a cartridge and your phone plays the game just like the old handheld, courtesy of the built-in controls of the Smart Boy.

Downsides? There are a couple. First off, this is down as Android only right now. So iPhone owners might miss out. Also, this isn’t officially landing until December, so you can’t rush out and buy one right now.

But that date will come around soon enough and who knows, there might even be an iOS version when it does finally land. 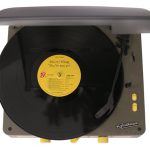